Crispy, reddish-orange, and unapologetically greasy, birria tacos have been popping up at taco trucks and Mexican restaurants all over Central Ohio at an astonishing pace.

But what is a birria taco?

Typically it’s beef stewed in a spiced, slightly sour red broth (consomé ). The meat (dressed with red onion and cilantro) is folded inside a corn tortilla that is dipped into the broth and then grill-top fried on both sides to get crispy. It’s served with a cup of the consomé (which may or not be included or served separately).  Variations abound: sometimes cheese is added to make ‘quesabirria’ tacos, sometimes birria is served in quesadillas or burritos (or fries, or ramen) and sometimes you’ll see other meats such as chicken given the birria treatment. 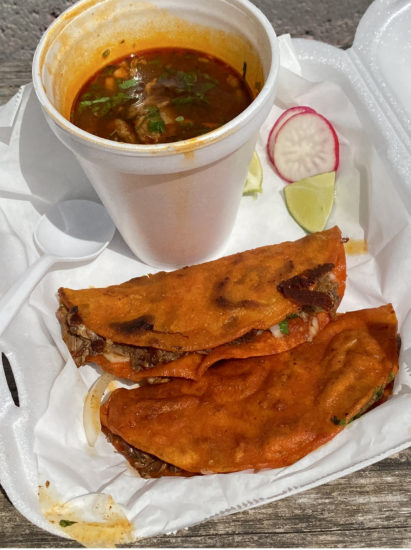 Birria originated in Jalisco and would traditionally have been goat but the taco style of eating birria was developed in Tijuana and then embraced in California. Now the darling dish of Instagram is gaining momentum across the country and it’s taking Columbus by storm.

Birria first popped up in Columbus this summer when Los Agavez added it as a weekend special. The first weekend they made 40lbs of birria. Now they make 100lbs a day (Thursday-Saturday) and they have been known to sell out in 2 hours. It takes them 5 hours to stew the meat as they don’t want to cut any corners, they make it the traditional way to their own recipe and we can attest to its deliciousness. 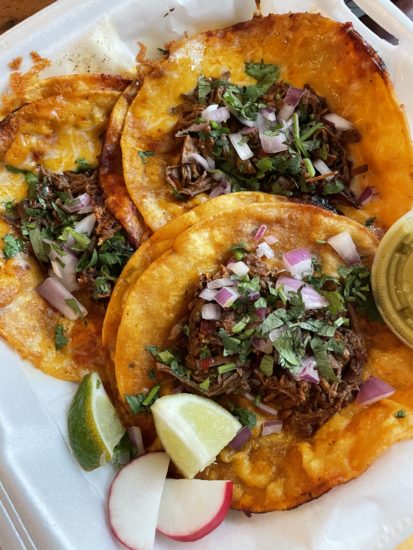 Where can I find Birria in Columbus?

Birria is often a weekend special. We encourage you to check social media to help you track down birria or quesabirria tacos.

Vendors that regularly have birria:

Places where we have seen birria as a special: 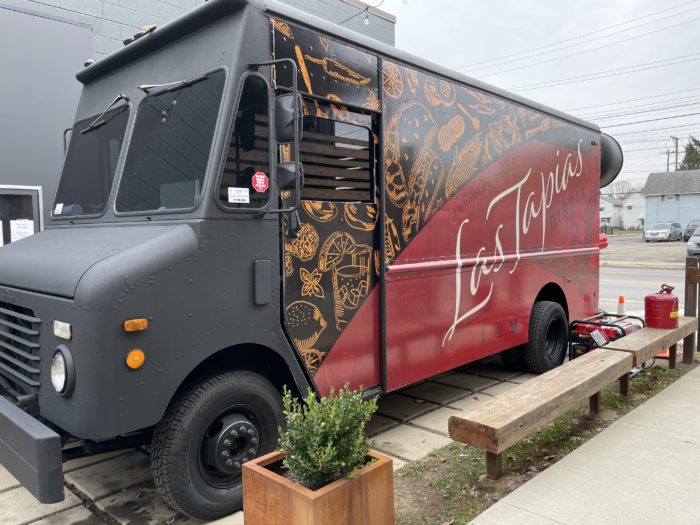