The Inn at Honey Run

While helping to show around some travel writers, we were making idle time chit chat with an accompanying publicist and mentioned that we were planning to go to Canton to check out a new food tour business there. The publicist mentioned that she also represented an inn close to Canton and asked if we’d like to stay at it. A couple of phone calls later, it was done.

We’re glad it was, as it was a truly enjoyable experience. The setting was absolutely beautiful, with the main lodge and restaurant (called Tarragon) tucked into a ravine, a fascinating set of rooms called ‘the honeycomb’ built into the side of a hill, and a few cottages scattered about among the woods higher up yet. 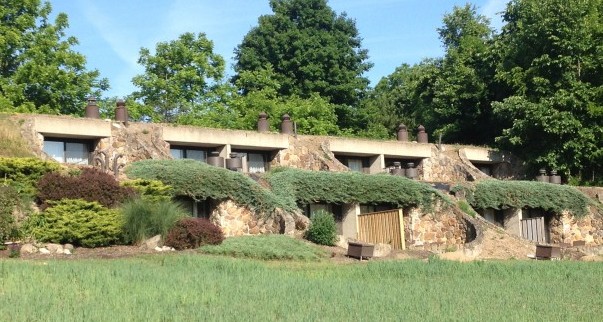 We arrived just in time to catch a late lunch at Tarragon, and ordered the pan fried pork cutlet and the ‘signature’ ham loaf with honey mustard sauce. And – nice touch – prior to receiving them, a plate of crudites with a lovely and conspicuously freshly made dip arrived. The pork was cooked perfectly, and the accompanying spaetzle and mushroom/shallot sauce worked wonderfully. This was an unqualified hit. The ham loaf was also satisfying, in its own comfort foody way. Both, it should be noted, nod to the German/Amish traditions of the area, and both were generous portions. 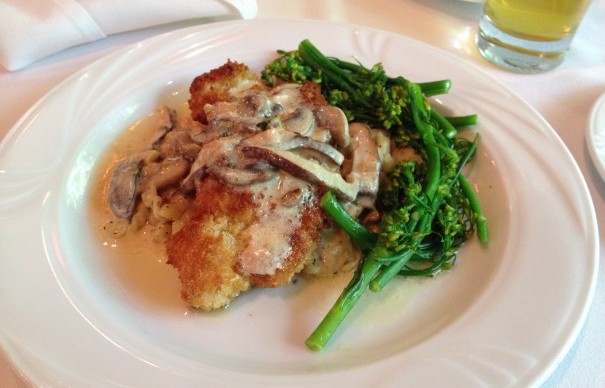 Our seating, next to a huge window, felt as though it was among the canopy of the trees outside. Desserts – an upside down apple pie and a strawberry rhubarb bread pudding – arrived. Both were exceptional, and the bread pudding was the first I’ve had to taste of a season other than winter. 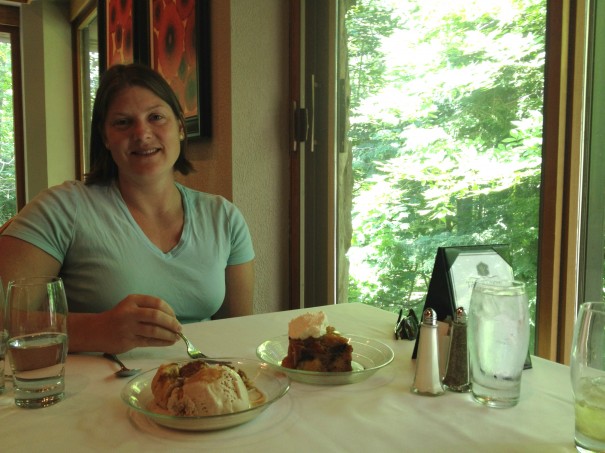 Satisfied upon finishing our meal, we were graciously permitted to check into our cottage early. If an inn with truly good food was surprise #1 (and we’re kicking ourselves for not being able to see what they do for dinner), then the cottage was surprise #2.

Cottages and ‘rusticity’ go hand in hand, and often that means needlepoint homilies, knobbly Adirondack furnishings, and a deficit of amenities. There’s a place for that, no doubt, but it’s generally not our preference. And, happily, that wasn’t what we found.

Instead, Honey Run’s ‘Cardinal’ cottage looked for all the world like a 2 bedroom upscale hotel suite wrapped up in a cottage sited among the trees. A deck extended off of the voluminous and beautifully decorated great room, and held what I’d guess to be an 8 person hot tub (that we regrettably didn’t get the chance to try). Rusticity amounted to siting and architecture, all else was tastefully contemporary without seeming out of place. The attention to detail was exhaustive and appreciated, and wifi access in what felt to be the middle of nowhere was of tremendous benefit to us on our semi-working mini-vacation. 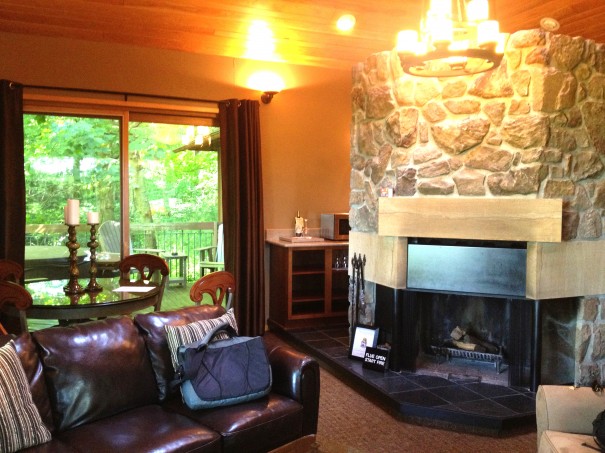 Overall, we found Honey Run to be impressive both in conception and operation. When bloggers like ourselves are offered freebies like this, there’s an obvious sense of obligation to write about the experience. We were relieved to no end to be able to sincerely find the experience to be as enjoyable as it was, and to be able to write about it in positive terms independent of any sense of obligation.

Simply put, I couldn’t imagine a better place in Ohio for a relaxing weekend retreat, especially if your plans include spending time in Amish country. For more info, see the Inn at Honey Run website.

The Inn at Honey Run generously provided our overnight stay and lunch. All opinions remain our own.

3 Comments to “The Inn at Honey Run”