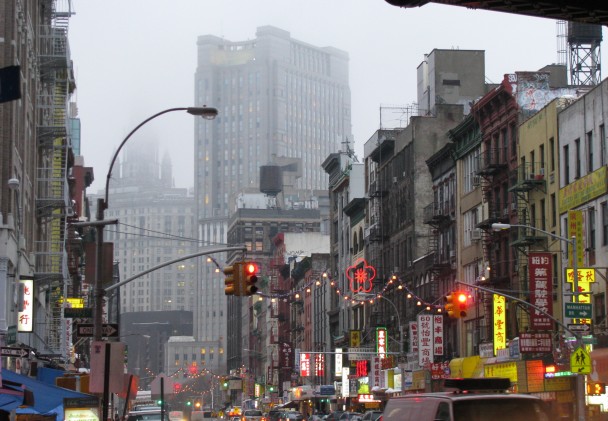 Each winter, the Ohio Department of Tourism invites a group of people in the tourism industry to join them in New York City and pitch Ohio-related story ideas to national newspapers, magazines and travel guides. This year they invited me (and I happily accepted) to represent Columbus Food Adventures and, more broadly, Columbus’ culinary scene. We had a whirlwind couple of days, meeting with people from publications such as the New York Times, Oprah Magazine, and Martha Stewart’s Whole Living. I eagerly look forward to seeing what may come of it all!

I have to admit to additional motives for taking the trip, though – the initial seed of inspiration for Columbus Food Adventures was planted by a friend who raved about a Greenwich Village food tour, so I also wanted to take a New York food tour. Having arrived a day early for that purpose, I chose a tour of the Lower East Side with the Enthusiastic Gourmet, not only because it’s a fascinating part of Manhattan but because Susan had great reviews and like us focuses on small groups [some of the NYC food tour companies will take as many people as show up, even if they end up with a group of 50]. Also, like us, tastings are included as part of the tour price.

It was a little strange, at this point, to be on the receiving end of a food tour but I enjoyed comparing notes with Susan and watching how she conducted the tour. When one of her usual stops was unexpectedly closed, she seamlessly guided us to an alternative around the corner. 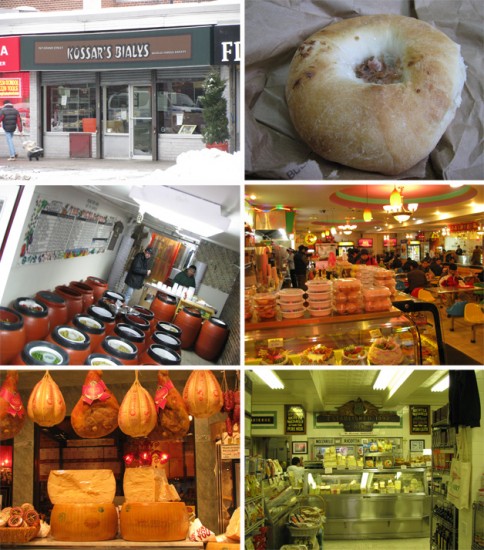 The tour was like a cross between our Short North walking tour and our Alt Eats tour. We started at the Essex Street Market which is like a smaller version of the North Market and visited three vendors there. Within, I was particularly impressed by Saxelby Cheesemongers. Leaving the market we were in an old Jewish neighborhood where we learned about kosher foods and practices and tasted pickles and bialys. Next was the hustle and bustle of Chinatown with shoppers preparing for Chinese New Year. We stopped in a bakery to try some sweet and savory buns and then wound our way through to Little Italy for history and cheese at Di Palo’s and Alleva. Our tour finished with a cannoli, and Susan then sent us off with directions to our respective destinations.

It was a fascinating tour and I was glad to experience the area with a local guide. I visited several places I would not have found alone and learned a lot about the history of the neighborhood. We had a lot of little tastes of food, most of it very good, but I have to admit that I was still hungry for some more lunch at the end (I don’t think anyone has ever said that after one of our tours!). After trudging around in the snow and slush a steaming bowl of ramen at Ippudo allowed me to warm up and rest my feet.

I returned to Chinatown later during my trip to meet the New York half of the Columbus/NY blog Itinerant Foodies. You can read Maya’s account of our adventure on their blog. Maya had emailed me a bewildering array of choices and we narrowed it down to Chinatown on the basis that it was Chinese New Year the next day. I’m still dreaming about the hand cut noodles and numbing szechuan pepper that we had at the tiny Xian Famous Foods. 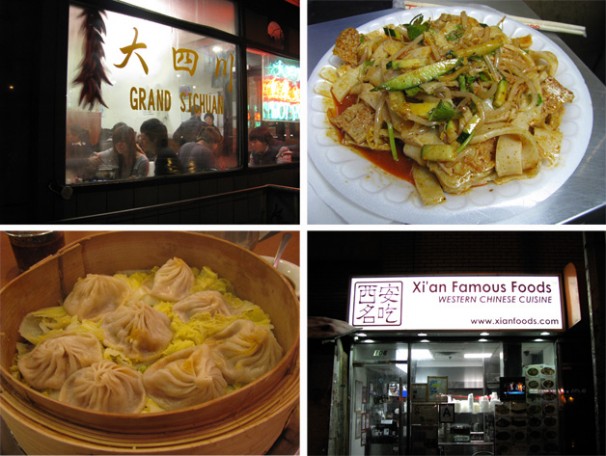 In between meetings I sipped a cocktail at the Campbell Apartment at Grand Central Station, poked around Eataly, tasted crudo at Marea, drank sake at Izakaya 10, bought crack pie to bring home from Milk Bar, gazed longingly in at the window of Momofuku noodle bar and enjoyed a pretzel croissant from City Bakery. Our visit was well timed to coincide with NYC’s restaurant week and I was able to take advantage of the fixed price menus at Ilili (Mediterranean) and Aquavit (Scandinavian).

It was a fantastic week and I felt energized to come back to Columbus and start planning more tours.