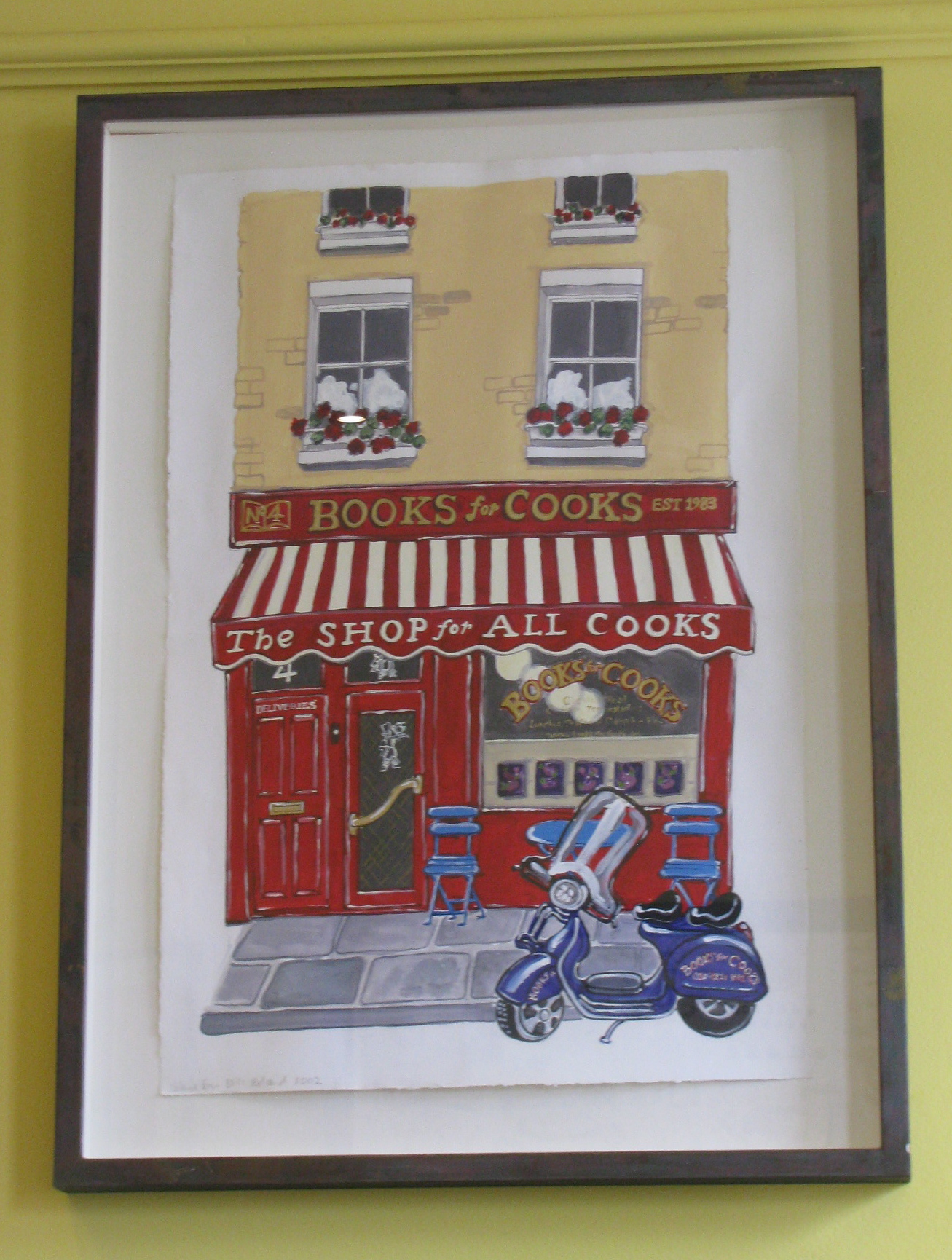 When I was in London last month, I fulfilled one of my wishes. I have been wanting to visit Books for Cooks for years. This Notting Hill shop has a worldwide reputation. As well as an amazing selection of cookbooks, they also have a test kitchen/ cafe with a daily changing lunch menu, and offer cooking classes, many of which are based on specific cookbooks. The are over 8,000 food related books on the shelves including food fiction, history, art and nutrition as well as recipe books. It is a wonderful yet dangerous place for someone who loves cookbooks and food writing. 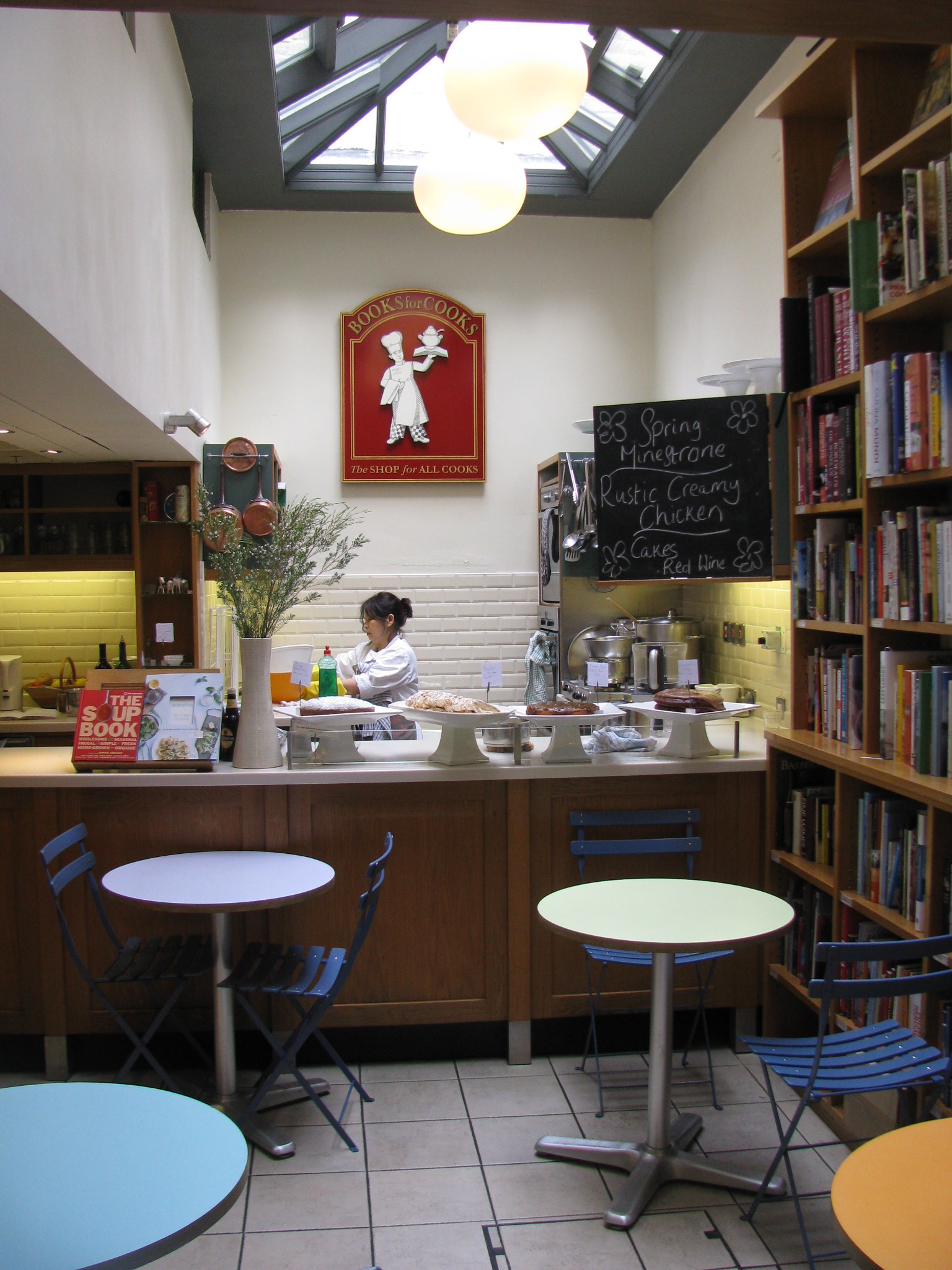 My mother offered to take me to a cooking class, and as I looked through the brochure at the options during my visit, my eye was drawn to ‘Easy -to-cook Korean’. While I have eaten Korean food many times, I have never tried making it at home, and have been keen to learn about Korean food traditions. 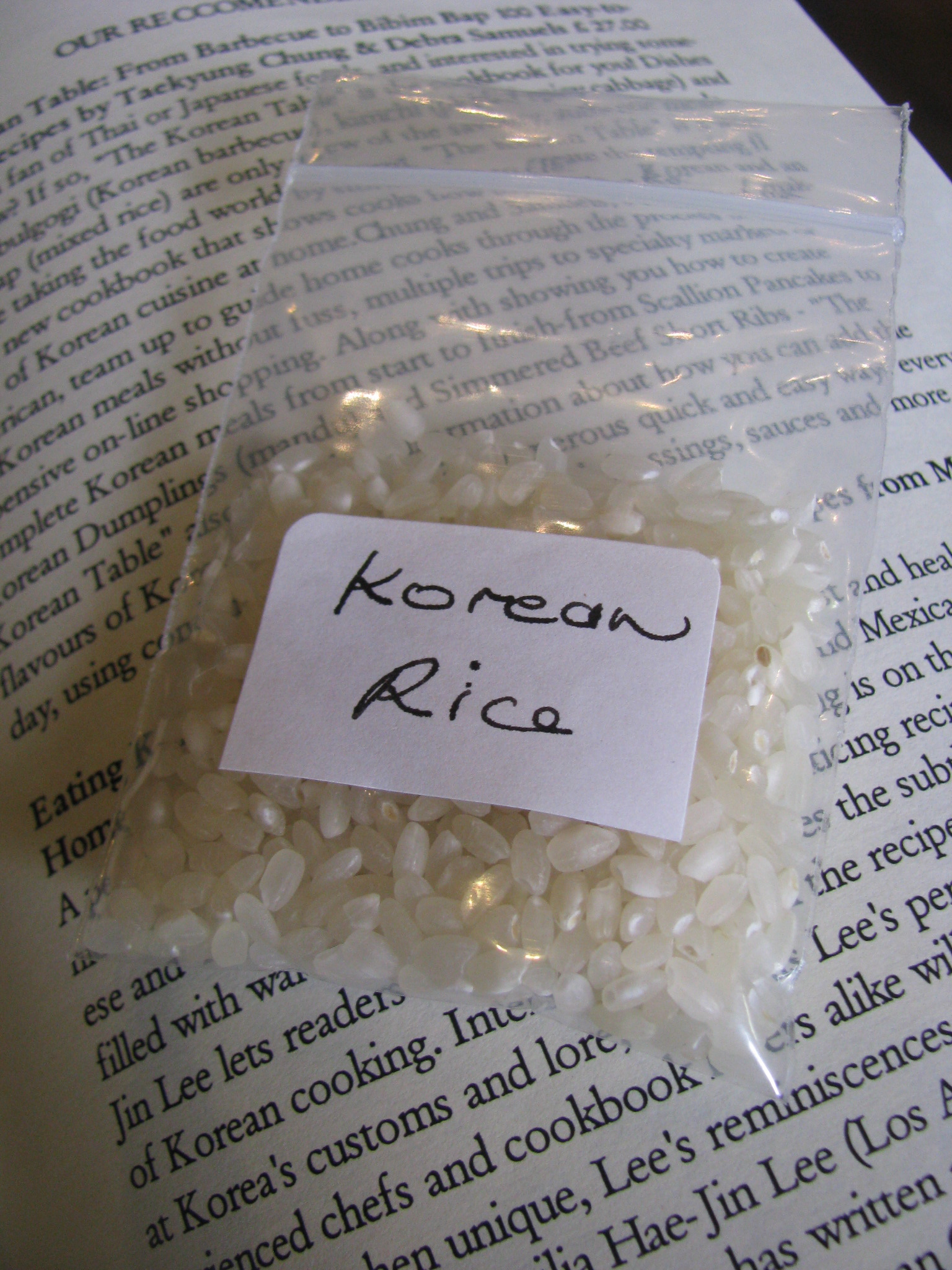 The cooking classes are held in a bright, cosy room above the shop. The tight quarters and the traffic noise definitely reminded me that I was in London and not Ohio. As we waited for the class to begin I flicked through the recipe booklet that we had been given, and was surprised to see that there was no mention of kimchi. My understanding is an ever-present part of Korean meals and that it is also used in many dishes as well as as an accompaniment. The mystery of the missing kimchi was solved during the class, when our teacher Loanne Cattaneo told us that she was Vietnamese not, as the brochure claimed, Korean. 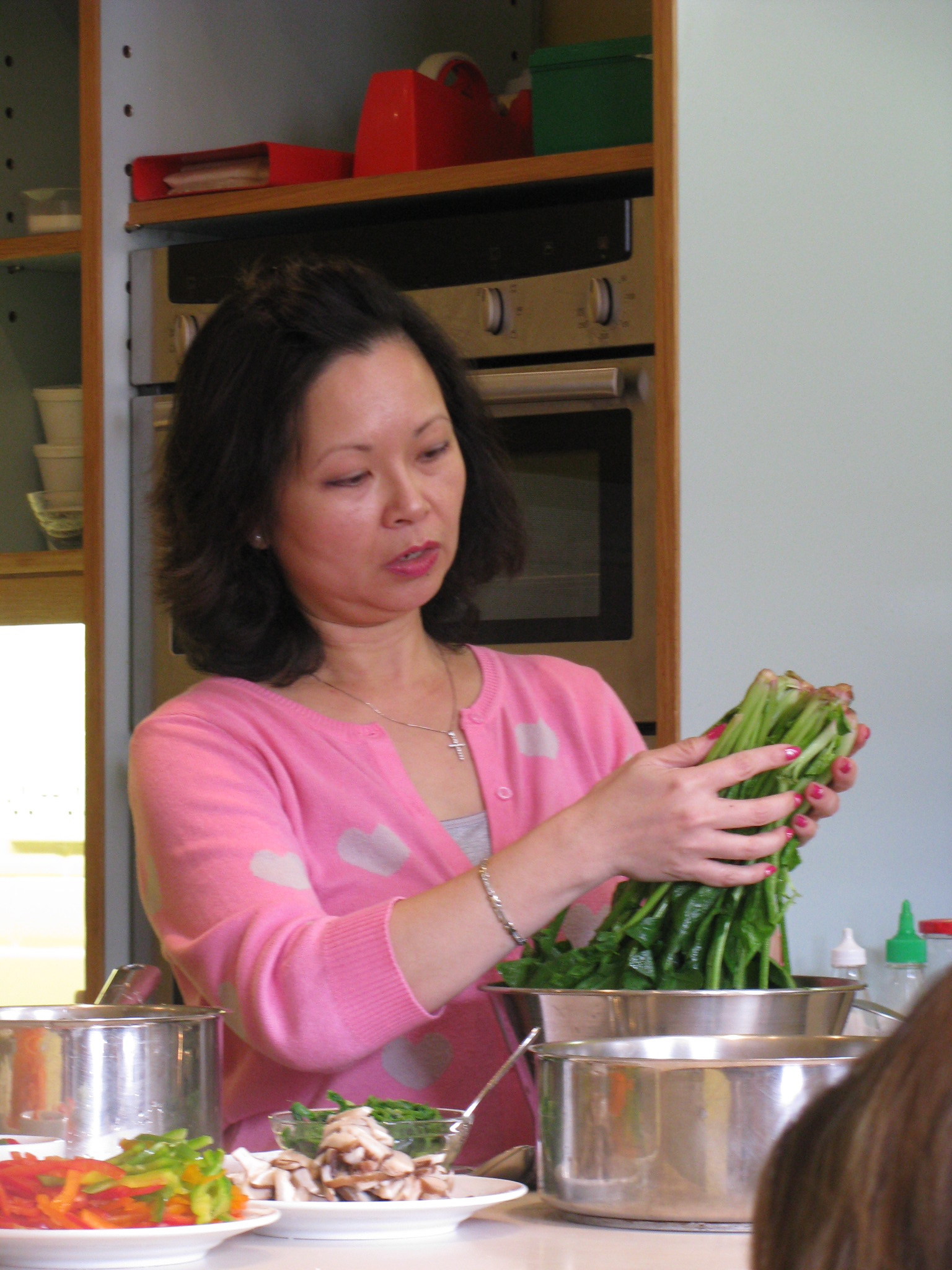 Loanne taught us to make:

The bean sport salad, spinach and the potato dish were very similar to banchan (side dishes) I have had in Korean restaurants, although after the class we ate everything together. The bulgogi (which in this case was fried rather than grilled) was very good, but the noodles were a little bland.

The recipe booklet was a little confusing. The spinach was listed as an ingredient in the noodles, but then became a dish of its own so I am hesitant to share the recipes. If you want to try making bulgogi at home here is a similar recipe and useful video from Chef John J. Nihoff at the CIA on Epicurious, part of their Around the World in 80 Dishes series. 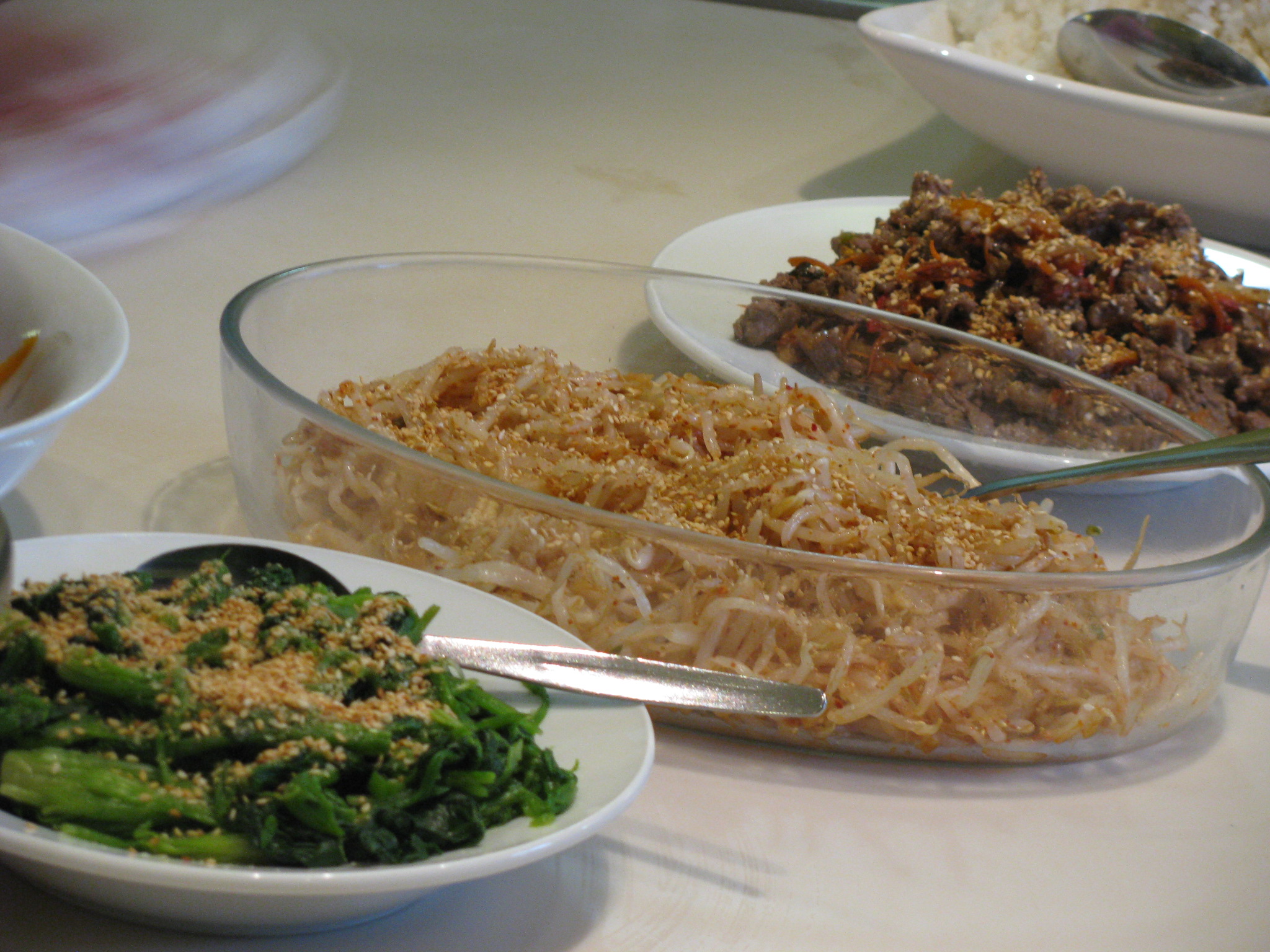 Loanne told us that Korean dishes should be very colorful and that most recipes contain sugar. She said that she usually finds them too sweet and for personal taste reduces the sugar. 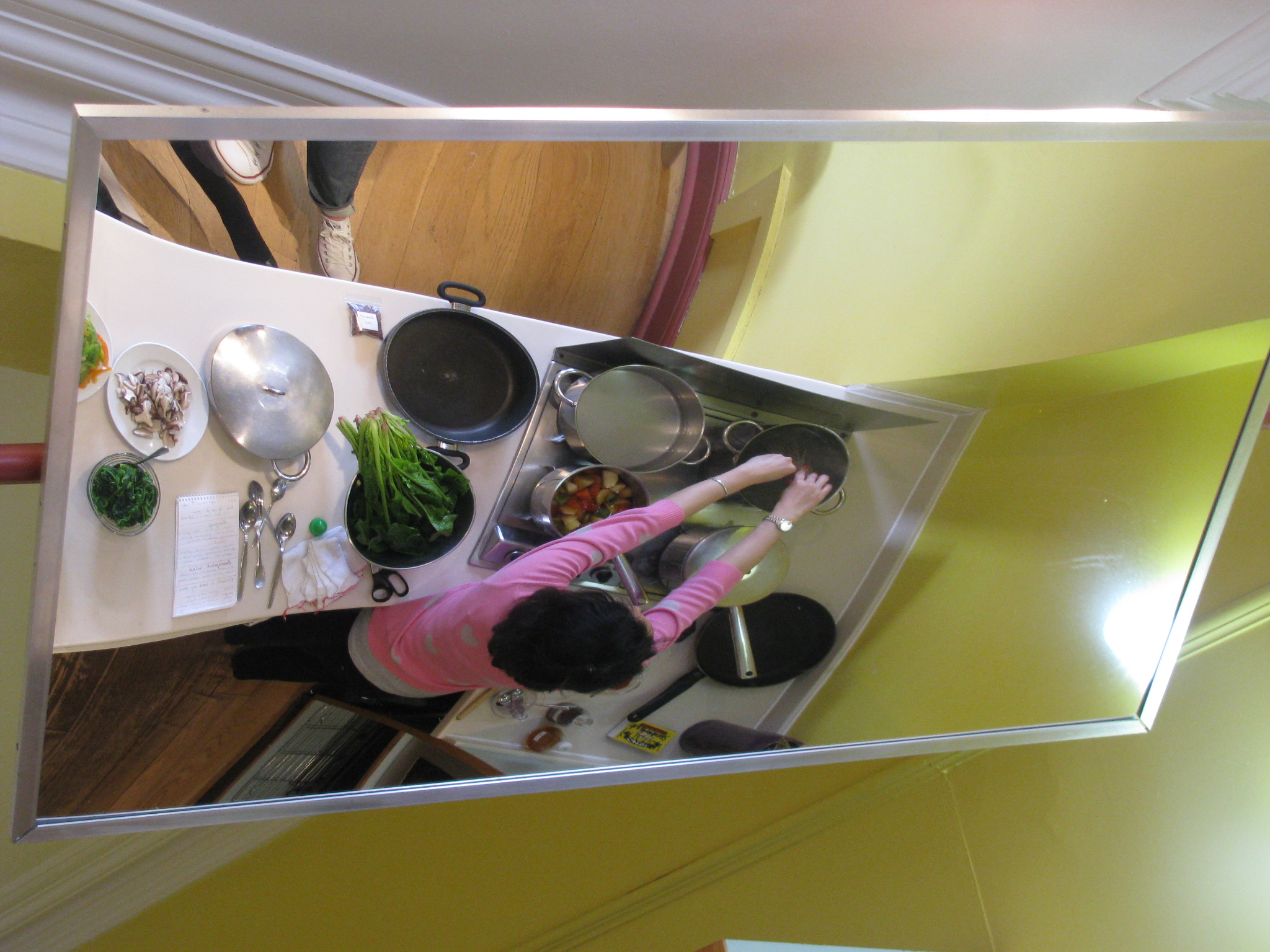 Loanne  also taught us some useful tricks, such as blanching the Asian spinach untrimmed, as it is easier to handle than seperate stalks. Put the stems in the water first, let it stand and then put the whole bunch in. Holding the blanched bunch of spinach, she wrung it to squeeze out the water and then used scissors to cut it to the desired length. She seasoned the spinach with sesame oil, soy sauce and toasted sesame seeds.

Another piece of advice was not to open the lid if you are cooking soy bean sprouts as they will smell fishy. 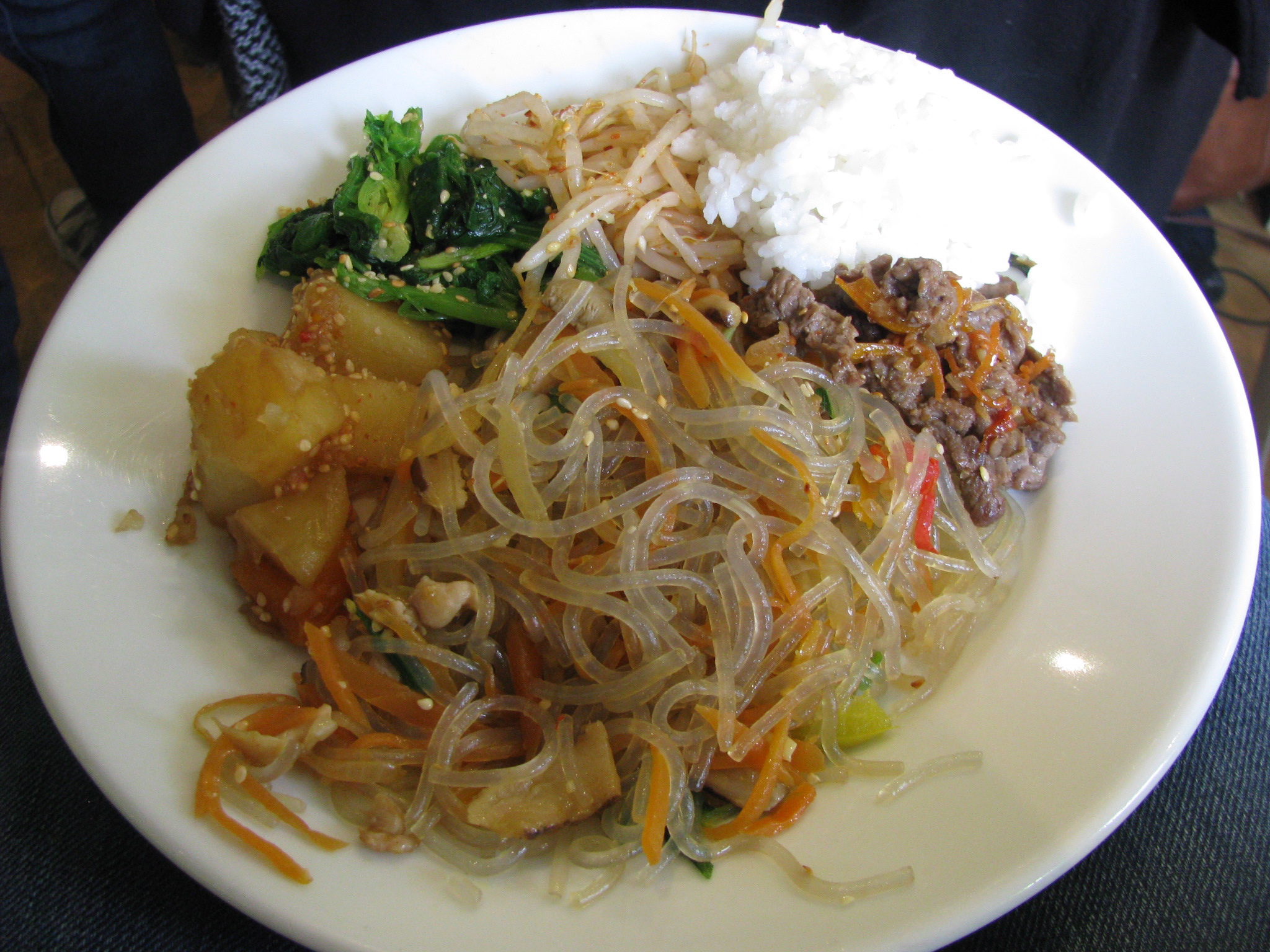 The Korean Table: From Barbecue to Bibim Bap 100 Easy-to-prepare recipes by Taekyung Chung and Debra Samuels and Eating Korean: From Barbecue to Kimchi, Recipes from My Home by Cecilia Hae-Jin Lee.  Epicurious also has a number of other Korean recipes.

For Columbusites – if you want a recommendations for Korean food or where to buy Korean ingredients my favorite place is Arirang on Bethel Road, a grocery store with a dining area in the back. If you want the Korean Barbecue experience then Kaya on Reed Road would be a good choice.