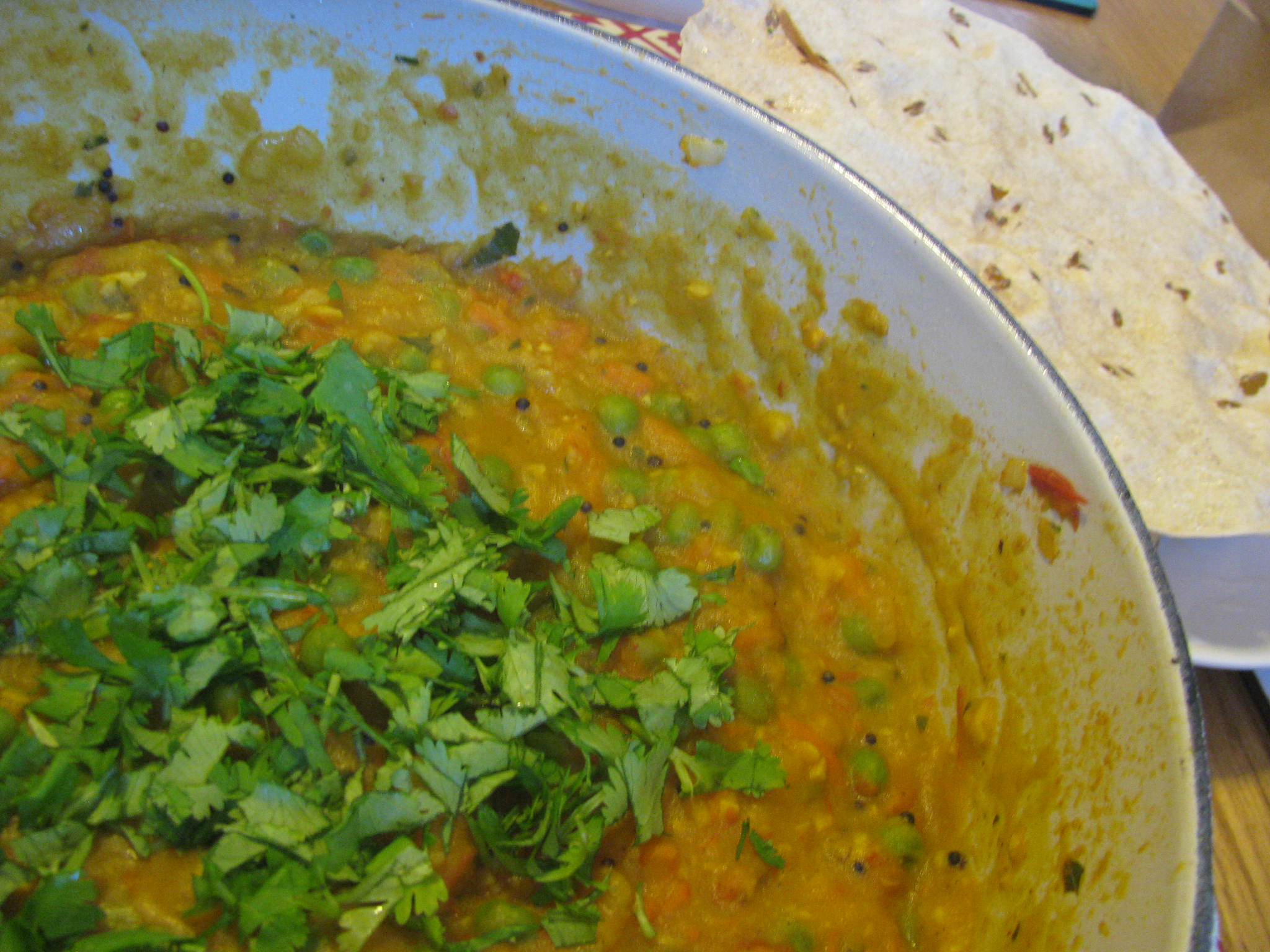 This month for Taste and Create I was paired with the blog Seduce your taste buds written by Indian blogger Padmajha Sureshbabu. I chose her recipe for Potato n peas. It was hard to chose a recipe but I had a bag of besan (gram flour) left from last month’s Taste and Create and I thought I would see which recipes incorporated it. This recipe uses a little besan in the sauce and I was intrigued.

I remember a home economics lesson in high school when some visitors from India were invited to teach a guest class. They taught us a potato and pea curry and from what I remember the recipe called for at least 10 cloves of garlic. The curry was so pungent that cooking and eating it necessitated a shower and change of clothes. We didn’t have time – or spare clothes so we caused quite an uproar when we went to our next class.

Padmajha’s recipe did not include garlic, but I added some just for nostalgia. Not 10 cloves though!

Although I already had besan, the recipe gave me the excuse to go to Patel Brothers (Kenny and Old Henderson) for some additional ingredients. 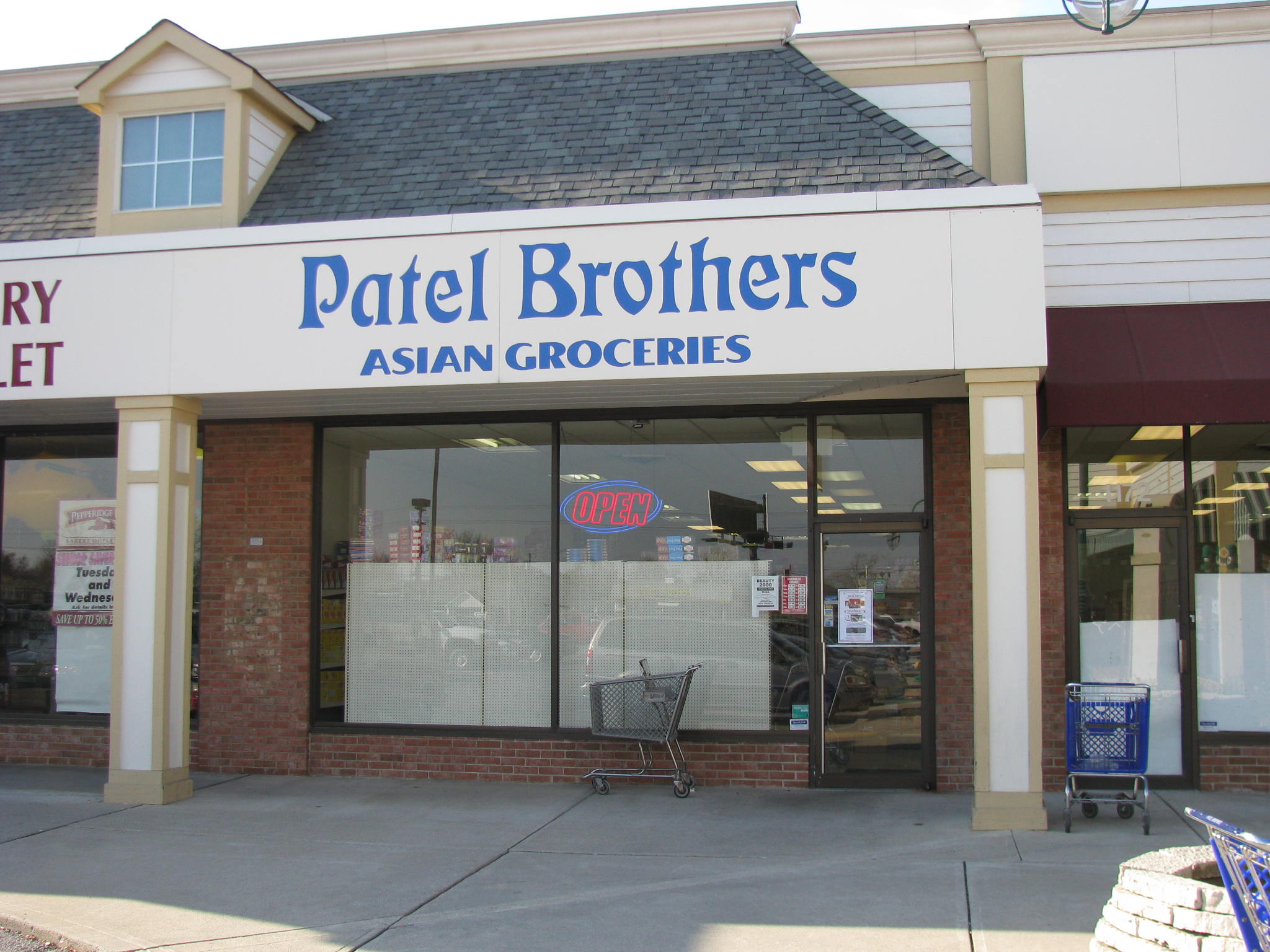 Patel Brothers has a wide range of spices, dried goods and fresh produce. I needed mustard seeds, curry leaves and chana dal (chick peas) and I couldn’t resist a pack of cumin (jeera) papadums. I had not cooked with curry leaves before. 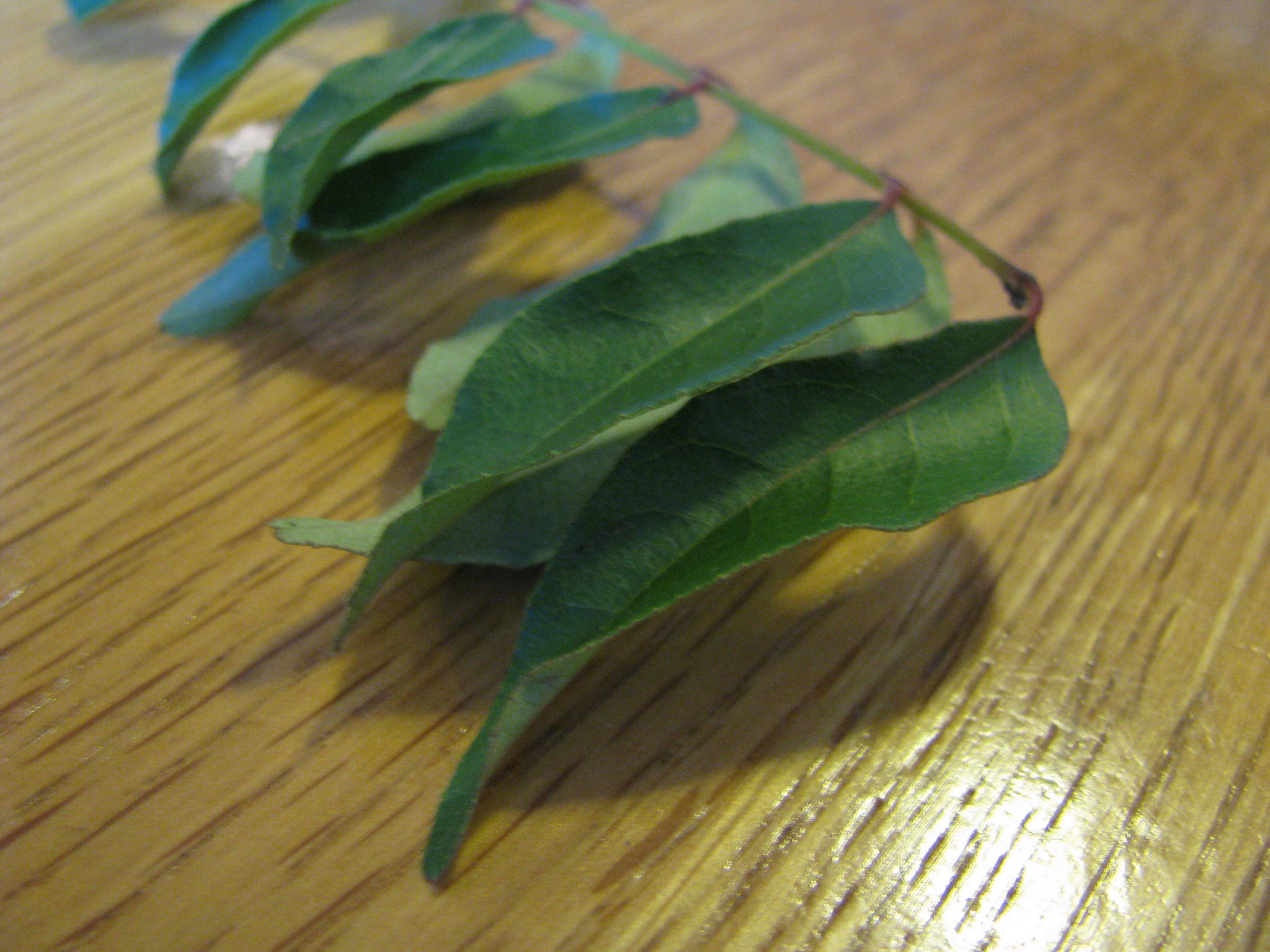 I found the recipe a little confusing in places so I did have to improvise a little. I wasn’t sure whether to chop the peppers or when to add the seasonings listed at the end. I was completely lost as to how to use the gram dahl so I left it out.  As well as adding garlic, I added extra water and a little garam masala and a squeeze of lemon at the end just to brighten the flavor. The result was tasty and surprisingly sweet and we ate it with a pile of papadums and some mango chutney. 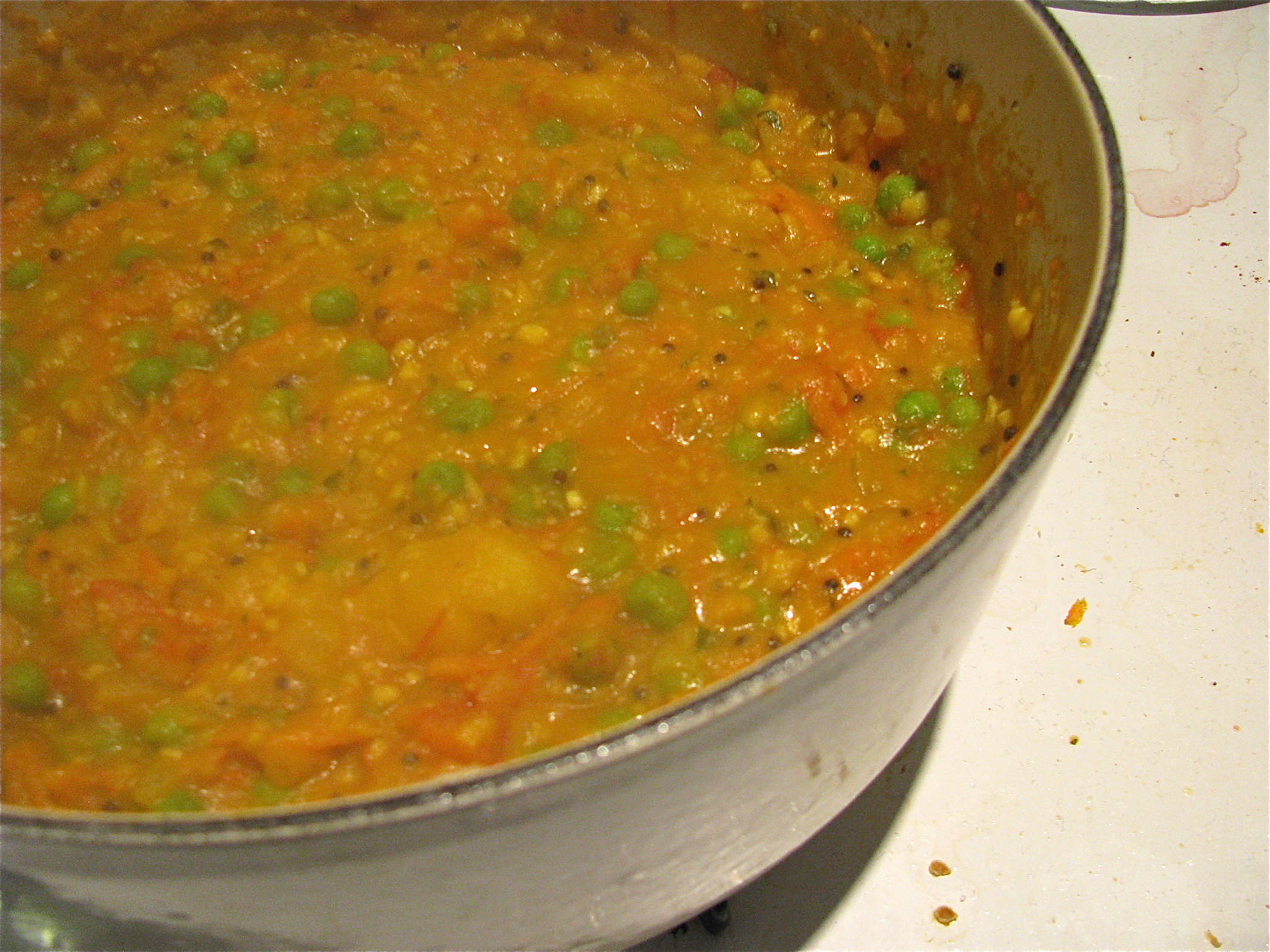 I couldn’t resist adding a photo of the stunning watermelon radishes I was nibbling on while I cooked. 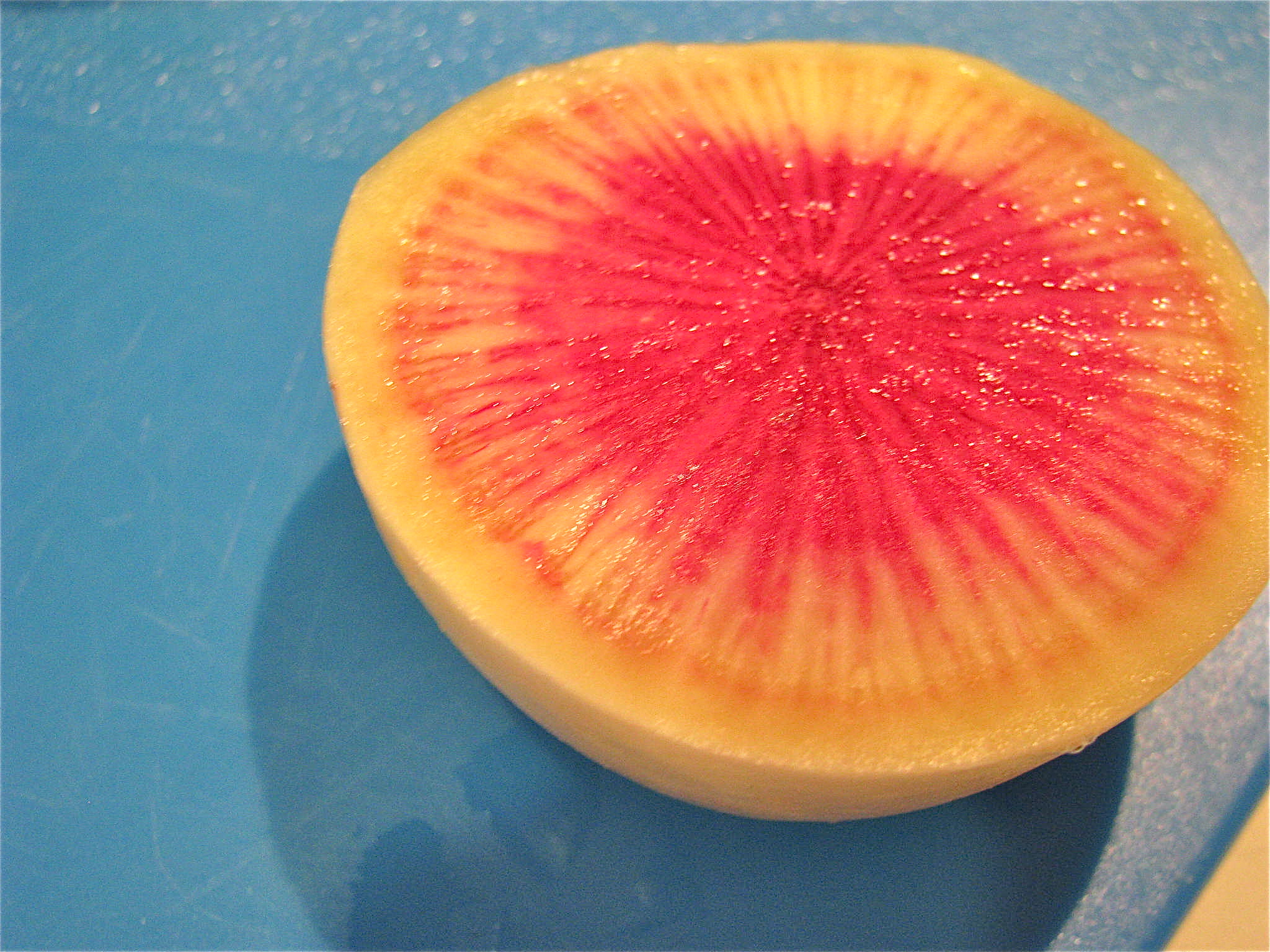