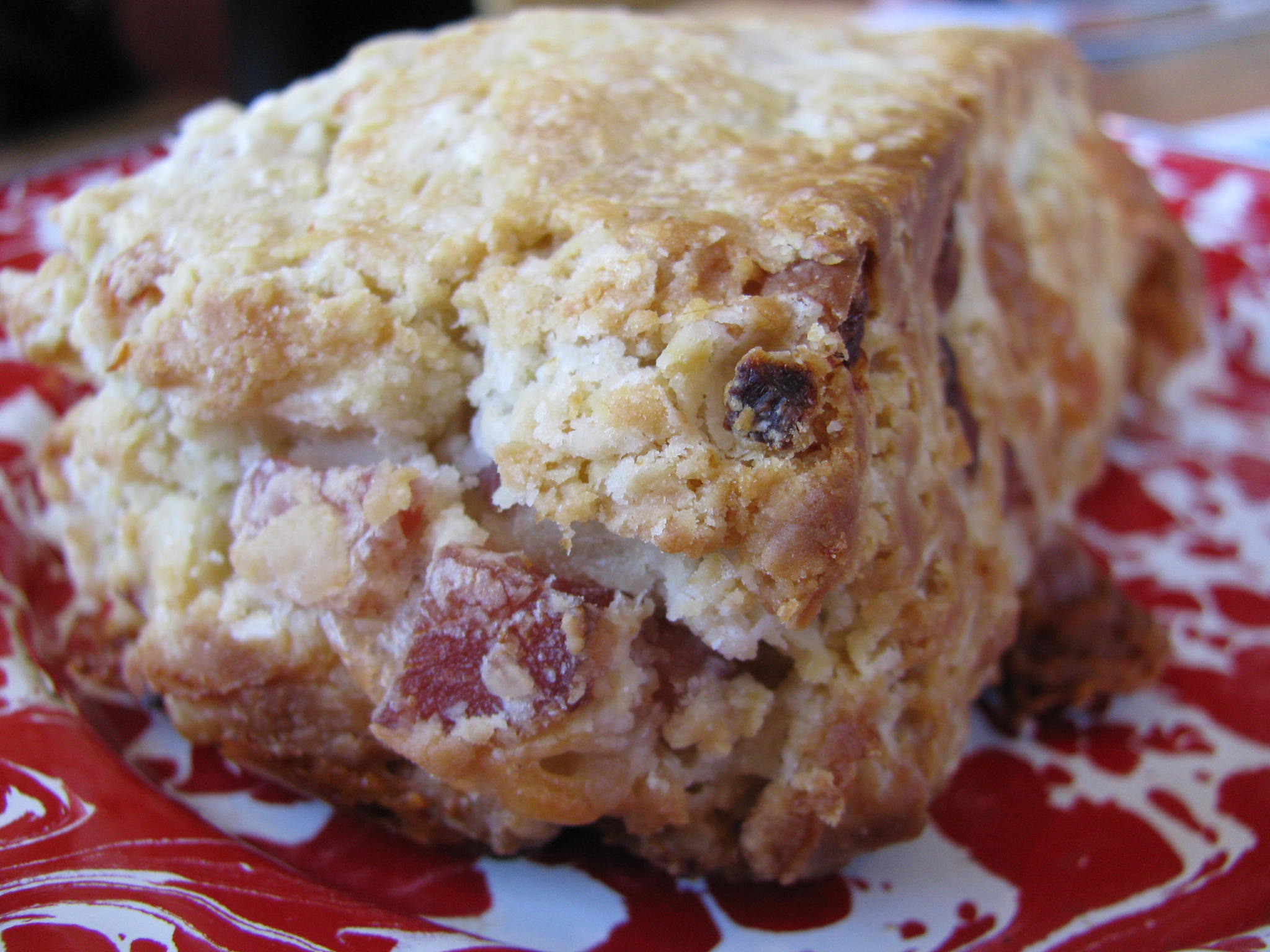 I’m usually a purist about scones. My British upbringing is deeply ingrained and we learned how to make scones in our home economics class in school. I like English style scones – pronounced to rhyme with gone – and not too sweet. The only acceptable versions are plain or sultana (golden raisin), ideally served with clotted cream and jam, or occasionally cheese scones for picnics. These scones are small and circular. I cringe at the sugary frosted creations that pass as scones at Starbucks and copycat coffee shops. They aren’t even the right shape! Scones can be wonderfully light and flaky but badly made they can be leaden and heavy. They do not keep well and can therefore be a huge disappointment if you get one that is stale and dry . Unknown scones are risky.

I have been swayed from my purist notions by the ham and cheese scone at Northstar, which luckily, or dangerously depending on how you look at it, can be found only blocks from my house. Warm from the oven they have a siren’s call with the enticing and comforting smell of grilled cheese. My polling station is next door to Northstar which is an added incentive to vote and so this morning I exercised my right to vote and rewarded myself with a scone. I was in luck and scored the last of the batch. My scone (which came out of the oven at 8.45am) was crusty with caramelized cheese, buttery, moist and filled with chunks of ham that were particularly scrumptious where roasted at the edges. It is the crust that I love and I would be quite happy just to eat the crusts off and leave the rest, except that I would probably be tempted to pick out all the ham, and then there really wouldn’t be much left.

If you want a recipe for traditional English style scones you probably can’t go far wrong with Delia Smith. Less purist but even more British, how about some marmite and cheese scones?

3 Comments to “Ham and Cheese Scones”